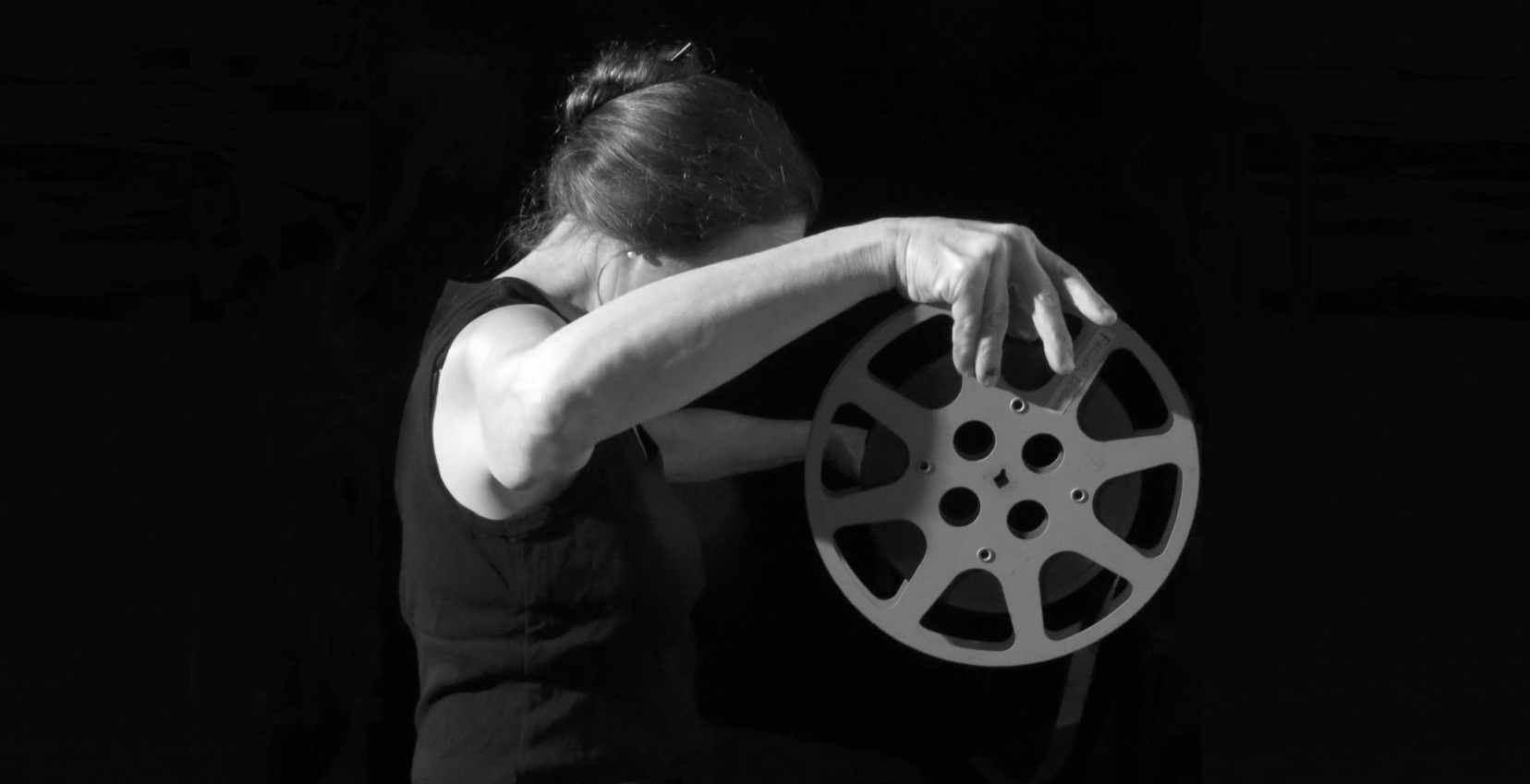 Amy Halpern’s films are abstract in their concern with light,  movement and the film medium, but they are also human in their elements and themes.

The idea which persists throughout her work is that liberation —  from social, political, psychological, perceptual and even bodily constraints, – is indeed possible.

Halpern has collaborated as cinematographer and gaffer on many films, including Pat O’Neill’s THE DECAY OF FICTION, Charles Burnett’s MY BROTHER’S WEDDING and David Lebrun’s BREAKING THE MAYA CODE and the newly completed DANCE OF THE MAIZE GOD (aka OUT OF THE MAYA TOMBS).

She is currently a member of the classic West coast light show SINGLE WING TURQUOISE BIRD,  performing on liquids and transparencies.

Recent work is ASSORTED MORSELS, a suite of eight short film exaltations. It includes THREE MINUTE HELLS, INJURY ON A THEME, BY HALVES, PALM DOWN and ELIXIR.

A program entitled VERGE, of 13 new films, will be premiered this June, 2022 at S8  #XIII Mostra de Cinema Periférico, A Coruña, Spain.

This festival will also feature the European premiere of her feature, FALLING LESSONS